Dark Net – Artificial Anonymity To Enthuse And Pacify You 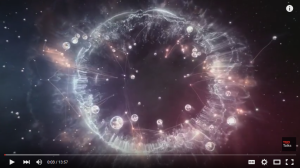 This technology has been cracked by the NSA and therefore it’s now being hyped. You will find these locations, but you are NOT anonymous.

The NSA has invested millions into the endeavour.

I’ve followed this from the beginning. (I’ve been an Internet provider and hoster since 1995). I became aware of their tracking of eMail back then too – of course under the guise of preventing SPAM… (protect us [themselves]). Guess who controls the most dominant child-pornography, white slavery markets, weapons, and drugs? These parasites (NSA/CIA).

The ‘Dark’ Net is simply there as an alternative for those who need the illusion of anonymity. In reality it is used for the identification of competition to these gangsters running things, to recruit new members into their fold, to acquire the proverbial ‘piece of the action’ for those they identify and cannot/will not allow into their membership, and to do research on the rest who are nothing more than a set of statistical problems to solve and track.