Is It Science Or Is It Psyence? 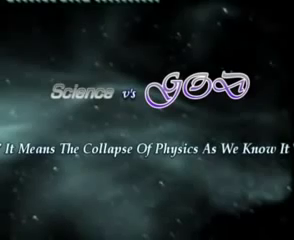 Is It Science Or Is It Psyence?
The proud and wonderful achievement of humanity is becoming more like a religion… Why?

The main reason… although there are many more…
It’s funded by banksters who park their money in ‘philanthropy’ to shelter it from taxation and dominate the research and paradigms (through their corporations) towards ends that they value – which have little to do with what is valuable for humanity.

Another important reason is that people confuse what science should be with what science has become. Tolerance has been replaced by authoritarianism that is primed with such a vehemence as to spurn and marginalize any deviation from the established ‘doctrine’. Especially if those explanations happen to be based upon knowledge that is non-physical in nature or pose radically different explanations for given experimental evidence. We expect science to be fair and open to new ideas, but the reality is very different.

You see this, for example, in the young minds (zealots) newly indoctrinated into the ‘faith’ and their fierceness in wanting to teach others they encounter (debate) the process of science (even if they are addressing someone who, because of their own academic training and research, takes that knowledge as self-evident). They are full of the dogma their young and pliable minds have been exposed to, but never learned to be tolerant and wise with what they know.

Science’s ‘heydays’ are over unless it starts to recognize and tolerate competing explanations for experimental evidence than those found in the trendy mainstream.

There is a growing number of scientists, philosophers, mathematicians and learned people, who are aware of the sad state of science, and whose numbers are reaching a critical threshold such that it will usher in a form of reformation to right the situation.

This video reveals some of the cracks in our present day ‘science’. Why are these issues not resolved? Because the real answers are bad for business – at least for the corporations.

For the banksters it’s about full-spectrum dominance hierarchy and the loss of all personal and collective sovereignty for the remainder of humanity; for they can print as much money as they need to animate the corporations.

This entry was posted on Sep 11, 2014 by Heurist. It was filed under Insight, Knowledge, Learning, Science and Technology Run Amok, Sovereignty - The Right to Own Yourself, Understanding, Wisdom and was tagged with BadScience, corporations, Science, ScienceRunAmok.