Really! Nothing Is ‘Real’

Another example of the ‘neo-snake-oil salesmen’ peddling you trendy pabulum and neo-Babylon confusion. My current project Mathesis Universalis http://mathesis-universalis.com will bring an end to this menagerie of nonsense and subtle programming.

I could write a book on this.
Don’t believe everything put forward in this… set of perspectives. This is a work in process so stay tuned… updates are coming very shortly.

I’m happy that he allows for more than 5 senses as this is a common error made by science and philosophy up to this time. I’ve taken issue with it elsewhere numerous times. Also I’m pleased that he is allowing for Neuroplasticity (Dr. Jeffrey M. Schwartz http://www.jeffreymschwartz.com/ has been leading this new model for over 10 years.)

Up to @04:27 I take issue with two important assumptions he makes:
1) That sensory information is the only way we ‘register’ reality.
2) He is a physicalist pure through. If he can’t measure and quantify it, then it doesn’t exist for him… This leads to what is known as causal ambiguity (among other things).
http://psychologydictionary.org/causal-ambiguity/

@04:57– He says that memory is stored all over the brain. This is incorrect. The effects of the phenomena of memory are manifested in various areas of the brain. There is no sufficient and necessary proof that memory is stored there! They PRESUME it to be stored there, because they can not allow or imagine anything non-physical being able to store any kind of knowledge.

@05:09– “How many memories can you fit inside your head? What is the storage capacity of the human brain?” he asks.

In addition to the presumption that memories are stored there, he then ignores the capacity of other areas of the body to imprint the effects of memory: the digestive tract, the endocrine and immune ‘systems’,… even to cell membranes (in cases of addiction, for example)!!!

@05:23– “But given the amount of neurons in the human brain involved with memory…” (the first presumption that memories are stored there) “and the number of connections a single neuron can make…” (he’s turning this whole perspective on memory into a numerical problem!) which is reductionism.

@05:27– He then refers to the work of Paul Reber, professor of psychology at Northwestern University who explained his ‘research’ into answering that question. here’s the link. I will break that further stream of presumptions down next.
http://www.scientificamerican.com/article/what-is-the-memory-capacity/
(the question is asked about middle of the 1st page of the article which contains 2 pages)

Paul Reber makes a joke and then says:
“The human brain consists of about one billion neurons. Each neuron forms about 1,000 connections to other neurons, amounting to more than a trillion connections. If each neuron could only help store a single memory, running out of space would be a problem. You might have only a few gigabytes of storage space, similar to the space in an iPod or a USB flash drive.”

“Yet neurons combine so that each one helps with many memories at a time, exponentially increasing the brain’s memory storage capacity to something closer to around 2.5 petabytes (or a million gigabytes). For comparison, if your brain worked like a digital video recorder in a television, 2.5 petabytes would be enough to hold three million hours of TV shows. You would have to leave the TV running continuously for more than 300 years to use up all that storage.”

These presumptions and observations are full of ambiguity and guesswork. Given that we are not reading a thesis on the subject, we can allow him a little slack, but even the conclusions he has arrived at are nothing substantial. More below as he reveals his lack of knowledge next.

“The brain’s exact storage capacity for memories is difficult to calculate. First, we do not know how to measure the size of a memory. Second, certain memories involve more details and thus take up more space; other memories are forgotten and thus free up space. Additionally, some information is just not worth remembering in the first place.”

He not only doesn’t know to measure memories (which he admits), he cannot even tell you what they are precisely! He offers here also no reason for us to believe that memory is reducible to information!

And then it really gets wild…

@05:59– With his: “How do you know?” question he begins to question the existence of rocket scientists. He moves to Sun centric ideas (we’ve heard this one before) to show how wrong humanity has been in the past.

He seems to ignore or not be aware of the fact that that many pre-science explorers as far back as ancient Alexandria knew better and had documented this idea as being false. This ‘error’ of humanity reveals more about dogma of a church/religion/tradition than of humanity/reality as it truly is.

@06:29– “Do we… or will we ever know true reality?” is for him the next question to ask and then offers us to accept the possibility that we may only know what is approximately true.

This question is based upon so much imprecision, ignorance, and arrogance that it isn’t even useful!

First of all: we cannot know “true objective actual reality” in all of its ‘essence’, because we must form a perspective around that which we observe in order to ‘see’ anything meaningful. As soon as a perspective comes into ‘being’, we lose objectivity. (ignorance, assumption)

He doesn’t define what ‘reality’ for him is. (imprecision)

He doesn’t explain what the difference between ‘true’ and ‘actual’ might be. (imprecision, assumption)

Theories are NOT discovered, rather created (implicit arrogance). They can only be discovered if they were already known/formulated at some time.

Also; theories do not stand on their own; rather, they depend upon continued affirmation by being questioned for as long as they exist. We DO NOT store knowledge in our answers; rather, in our questions.

The Google ‘Oracle’ – An Upside-Down Paradigm 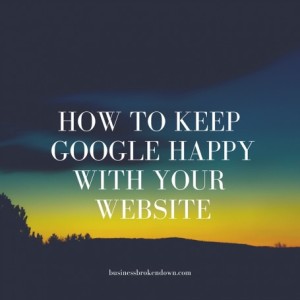 The Google ‘Oracle’ – An Upside-Down Paradigm
I think the ‘philosophy’ is backwards.
Why isn’t Google keeping US ‘happy’?

In a free market it is NOT a corporation which decides which product to use; rather, the consumers who buy their products.
Google has the paradigm backwards, don’t you think?

There are four major issues:
1) They are positioning themselves as ‘knowledge brokers’ and are trying to insert the ideas of ownership and privatization into the Noosphere. No one person (even artificial ‘humans’ which corporations are) or group has the right to lay claim on knowledge. It must remain free to everyone.

2) Their manipulation of search results. I now have to use several different search engines to get my work done since they’ve moved to Search. It’s not the job of a search engine to decide for me what’s important! Not even to ‘protect’ me.

3) Their efforts to insert themselves into the noosphere as arbiters of the conceptual landscape. This is known as #KBT Knowledge Based Trust.

4) The upper leadership belongs to what I call the ‘wrecking crew’. Google is actively participating in the premature globalization, social engineering, and weaponized technologization we see all around us.