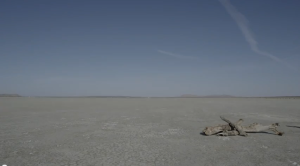 Good Intentions – False Causality – Sadly, Therefore Meager Cure
Earth Day: This is another brilliant video that unfortunately assigns the condition of our world to humans as a whole.

Certainly WE ALL are responsible by allowing it to happen in OUR name, but the corporations (artificial persons) and the banksters (which run the corporations) are who have performed the deed!

Yes, WE looked on, but we trusted them and they failed us all. Now WE must do something about it! He is absolutely wrong in that we must NOT look away from how our governments are dictated by corporations! (which have become the real countries)

We are losing our individual and collective sovereignty through ruses like ‘Climate Change’ (Global taxing scheme).

We should now take the corporations down and replace them with real humans and not the 1871 version that allows them to enjoy those rights of being human and yet are exempt from the responsibilities that real humans must answer to.
http://byronwine.com/files/1871.pdf
http://drrichswier.com/2015/04/21/15-supreme-court-decisions-that-shredded-the-constitution/

This man is well intentioned, but not up to par on what needs to be done. He is passionate, but unfortunately not enlightened. The onus is on us for allowing it to continue, but the onus is on the corporations and banksters, for directing humanity towards where we have come! 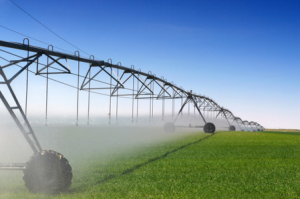 More artificial scarcity. Why don’t we try ridding ourselves of just one medium sized weapons system. Then we could feed everyone in the world.

Then we could stop suppressing free energy. When we do that we could harvest water out of the air, use it for fuel and drink the exhaust!

This is simply another attempt to get us to accept the privatization of water! We are the living Earth, but if we continue, we’ll all be renters on our own home!

Did we suffer from a shortage of electricity before Tesla showed us how to make use of it?

The parasitic banksters who fund our science (i.e. how we are taught to frame things) have been harping about overpopulation for over 5 centuries (it started during the time of Machiavelli). If they wanted a solution, we would have had one by now. They don’t want a solution to an artificial problem until they can sell us an artificial solution.

We should learn to see through this crap! They’re framing everything now in terms of scarcity and we lap it up like trendy mainstream pablum!

We are suffering from a shortage of humans in the universe. Do your share by having many children who don’t hoard like banksters.
http://overpopulationisamyth.com/

Desperately F(r)ee
The desperate attempt to introduce a fee structure (injecting cost per use by ‘hook or crook’ into a free market) and make it trendy too!

Google Launches ‘Contribute’ A No-Ad Way To Surf The Internet to help us more enjoy our experience on the Internet. Full-spectrum dominance just like you’d boil a frog… ever so slowly.

I’ve Got a Bridge To Sell You!

I’ve Got a Bridge To Sell You!
Sustainability = Resource-based zero sum mentality. It sounds so convincing. They are transferring the responsibility for the pillage of our world from the bankster-led corporatism running our governments to the whole of humanity.

This ‘smart’ (sustainable) industry is paid for by those who will profit from it most.
They’ve already got the air you breathe, now they’re coming after your water… and soon, your right to exist.

We are the living Earth, but if we are not wise enough to match their cleverness, we shall be renting everything we need to survive and hold dear.

Eric Holder Lining Up For A Pardon?

Sooner or later, justice is coming to this man. He may be able to get a pardon from Obama, but that will only cover the charges they gather here (it looks like they’re planning this now). What he won’t get away with, is his possible involvement in the Oklahoma City bombing that they won’t dredge up here