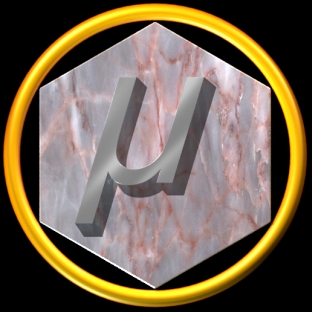 Universal Constants, Variations, and Identities (Dimension)
#18 Dimension is a spectrum or domain of awareness: they essentially build an additional point of view or perspective.

We live in a universe of potentially infinite dimension. Also, there are more spatial dimensions than three and more temporal dimensions than time (the only one science seems to recognize). Yes, I’m aware of what temporal means; Temporal is a derived attribute of a much more fundamental concept: Change. One important caveat: please bear in mind that my little essay here is not a complete one. The complete version will come when I publish my work.

The idea of dimension is not at all well understood. The fact is, science doesn’t really know what dimension is; rather, only how they may be used! Science and technology ‘consume’ their utility without understanding their richness. Otherwise they would have clarified them for us by now.

Those who may have clarified what they are get ignored and/or ridiculed, because understanding them requires a larger mental ‘vocabulary’ than Physicalism, Reductionism, and Ontology can provide.

Our present science and technology is so entrenched in dogma, collectivism, and special interest, that they no longer function as they once did. The globalist parasites running our science and technology try their best to keep us ‘on the farm’ by restricting dimension, like everything else, to the purely physical. It’s all they can imagine.

That’s why many of us feel an irritation without being able to place our finger on it when we get introduced to dimension. We seem to ‘know’ that something just doesn’t ‘rhyme’ with their version.

Time and space may be assigned dimensionality, in a purely physical sense if necessary, but there are always underlying entities much deeper in meaning involved that are overlooked and/or remain unknown which provide those properties with their meaning. This is why the more sensitive among us sense something is wrong or that something’s missing.

Let us temporarily divorce ourselves from the standard ‘spatial’ and ‘temporal’ kinds of ‚dimension’ for a time and observe dimension in its essence.

Definitions are made from them: in fact, dimensions function for definitions just as organs do for the body. In turn, dimension has its own set of ‘organs’ as well! I will talk about those ‘organs’ below.

Dimension may appear different to us depending upon our own state of mind, level of development, kind of reasoning we choose, orientation we prefer, expectations we may have,… but down deep…

Everything, even attributes of all kinds, involve dimension. We must also not forget partial dimension such as fractals over complex domains and other metaphysical entities like mind and awareness which may or may not occupy dimension. Qualia (water is ‘wet’, angry feels like ‘this’, the burden is ‘heavy’) are also dimensional.

Dimensions are ‘compasses’ for navigating conceptual landscapes. We already think in multiple dimension without even being aware of it! Here’s is an example of how that is:
[BTW: This is simply an example to show how dimension can be ‘stacked’ or accrued. The items below were chosen arbitrarily and could be replaced by any other aspects.]

♦ Imagine a point in space (we are already at 3d [x,y,z]) – actually at this level there are even more dimensions involved, but I will keep this simple for now.
♦ it moves in space and occupies a specific place in time (now 4d) 3d + 1 time dimension
♦ say it changes colour at any particular time or place (5d)
♦ let it now grow and shrink in diameter (6d)
♦ if it accelerates or slows its movement (7d)
♦ if it is rotating (8d)
♦ if it is broadcasting a frequency (9d)
♦ what if it is aware of other objects or not (10d)
♦ say it is actively seeking contact (connection) with other objects around it (11d)
♦ … (the list may go on and on)

As you can see above, dimensions function like aspects to any object of thought.

Dimensionality becomes much clearer when we free ourselves from the yoke of all that Physicalism, Reductionism, and Ontology.

Let’s now look at some of their ‘organs’ as mentioned above as well as other properties they have in common: