What About Tacit Knowledge?

There are other tools which are useful, such as TheBrain Mind Mapping Software, Brainstorming, GTD and Knowledgebase Software

Products and technologies like TheBrain, knowledge graphs, taxonomies, and thesauri can only manage references to and types of knowledge (ontologies).

A true knowledge representation would contain vector components which describe the answers to “Why?” and “How does one know?” or “When is ‘enough’, enough?” (epistemology).

It is only through additional epistemological representation that tacit knowledge can be stored and referenced.

Ontologies are surfaces… even if ‘rich’. (link)

Ontology: Compelling and ‘Rich’
They are only surfaces, but they seem to provide you with depth.

This exquisite video shows how the representation of knowledge is ripe for a revolution. I’ve written about this in depth in other places so I won’t bore you with the details here unless you ask me in the comments below.

Stay tuned! I’m behind in my schedule (work load), but I’m getting very close just the same. I will publish here and elsewhere.
I’m going to use this video (and others like it) to explain why ontologies are not sufficient to represent knowledge.

Soon everyone will acknowledge this fact and claim they’ve been saying it all along! (In spite of the many thousands of papers and books obsessively claiming the opposite!!!) They do not know that how dangerous that claim is going to be. Our future will be equipped with the ability to determine if such claims are true or not. That’s some of the reason I do what I do. 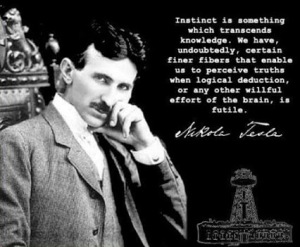 It’s at this juncture that concepts begin to coalesce. Within this ‘Holy of Holies’ concepts are born and form/generate their associated continuums. It’s like watching the blue wisping stars newly born in the constellation of Pleiades.
https://en.wikipedia.org/wiki/Pleiades

This ‘event horizon’ is so crucial to understanding and participating in mind; yet those who should know better simply ignore or overlook it.

Tesla’s statement here rings so true that it simply boggles my mind and confirms that Tesla was ‘tuned into it.’

He clearly exhibited these awarenesses on several occasions. He was able to envision many ideas to their completion before constructing them;  and his instinct for somehow ‘knowing’ (flashes of insight) what to do next and where to go with an idea were so profound that it often overwhelmed and incapacitated him. His mind was so fertile that layers of creative impulses were being maintained concurrently.

Next to Socrates there are very few who inspire me. Tesla is one of those few.