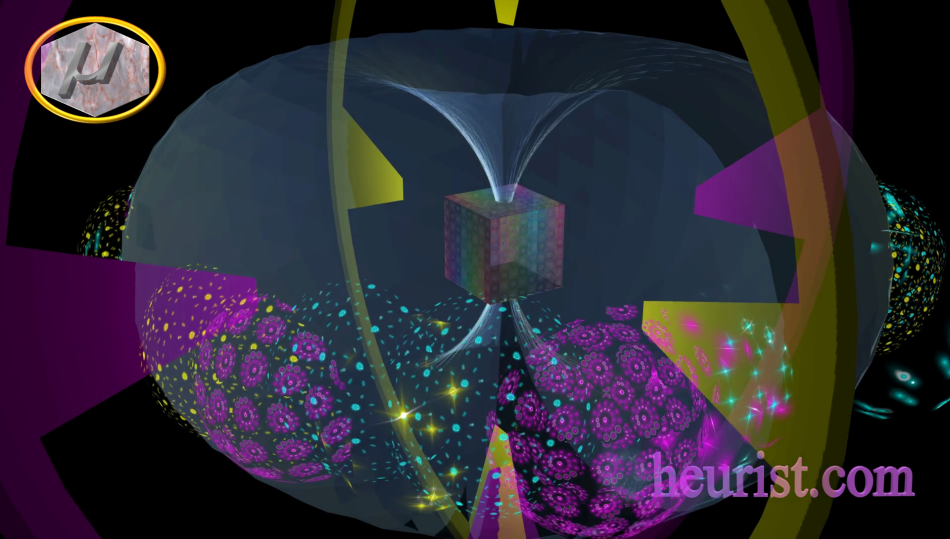 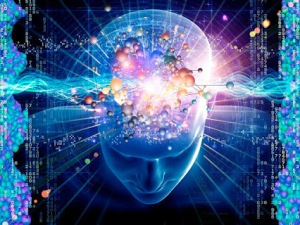 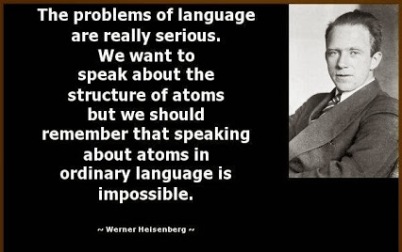 Physics is only complex, because it’s in someone’s interest to have it that way.  The way to understanding, even if you don’t understand science, was paved with words. Even if those words led only to a symbolic form of understanding.

I’m a mathematician and can tell you that common ordinary language is quite capable of explaining physics. Mathematics is simply more precise than common language. It pays the price for that precision by being subservient to the causal and compositional relations. These are limitations that metaphysics and philosophy do not have.

Words in language have a structure that mathematics alone will never see as it looks for their structure and dynamics in the wrong places and in the wrong ways. Pure mathematics lacks an underlying expression of inherent purpose in its ‘tool set’.

With natural language we are even able to cross the ‘event horizon’ into interiority (where unity makes its journey through the non-dual into the causal realm). It is a place where mathematics may also ‘visit’ and investigate, but only with some metaphysical foundation to navigate with. The ‘landscape’ is very different there… where even time and space ‘behave’ (manifest) differently. Yet common language can take us there! Why? It’s made of the ‘right stuff’!

The monological gaze with its incipient ontological foundation, as found in pure mathematics, is too myopic. That’s why languages such as category theory, although subtle and general in nature, even lose their way. They can tell us how we got there, but none can tell us why we wanted to get there in the first place!

It’s easy to expose modern corporate science’s (mainstream) limitations with this limited tool set – you need simply ask questions like: “What in my methodology inherently expresses why am I looking in here?” (what purpose) or “What assumptions am I making that I’m not even aware of?” or “Why does it choose to do that? and you’re already there where ontology falls flat on its face.

Even questions like these are met with disdain, intolerance and ridicule (the shadow knows it can’t see and wills to banish what it cannot)! And that’s where science begins to resemble religion (psyence).

Those are also some of the reasons why philosophers and philosophy have almost disappeared from the mainstream. I’ll give you a few philosophical hints to pique your interest.

Why do they call it Chaos Theory and not Cosmos Theory?
Why coincidence and not synchronicity?
Why entropy and not centropy?
…
Why particle and not field?
(many more examples…)

Wonderful Graphics To Save a Disastrous Script

The ‘Science’ behind the movie ‘Lucy’ cannot hold a candle to the graphics that ‘sell’ that script! 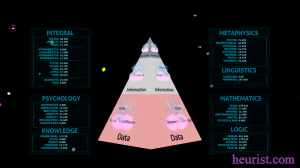 A Precise Definition of Knowledge
Knowledge Representation as a Means to Define the Meaning of Meaning Precisely
Copyright © Carey G. Butler
August 24, 2014

You are now watching a simulation of the acquisition phase as it collects and stores preliminary structure from the data it encounters in terms of the vocabulary contained within that data. Acquisition is a necessary prerequisite for the collation phase following it, because the information it creates from the data are used by the collation algorithms which then transform that information into knowledge.

The statistics you are seeing tabulated are only a small subset of those collected in a typical acquisition phase. Each of these counters are being updated in correspondence to the recognition coming from underlying parsers running in the background. Depending upon the computer resources involved in the
acquisition, these parsers may even even run concurrently as is shown in this simulation.

The objects you see moving around in the video are of two different kinds: knowledge fields or knowledge molecules. Those nearest to you are the field representations of the actual data being collected called knowledge fields. They could represent an individual symbol, punctuation, morpheme, lexeme, word, emotion, perspective, or some other unit of information in the data. Each of them contain their own signature – even if their value, state or other intrinsic properties are unknown or indeterminate during the acquisition.

Those farther away from the view are clusters of fields which have already coalesced into groups according to shared dynamically adaptive factors such as similarity, relation, ordinality, cardinality,…
These ‘molecules’ also contain their own set of signatures and may be composed of a mixture of fields, meta-fields and hyper-fields that are unique to all others.The collation phase has the job of assigning these molecules to their preliminary holarchical domains which are then made visible in the resulting knowledge representation. Uniqueness is preserved even if they contain common elements with others in the domain they occupy. Clusters of knowledge molecules and/or fields grouped together are known as ‘knowledge domains’, ‘structural domains’,’dynamical domains’ or ‘resonance domains’, depending upon which of their aspects is being emphasized.

We now need a short introduction to what knowledge representation is in order to explain why you’re seeing these objects here.

What is Knowledge Representation?
Knowledge representation provides all of the ways and means necessary to reliably and consistently conceptualize our world. It helps us navigate landscapes of meaning without losing our way; however, navigational bearing isn’t the only advantage. Knowledge representation aids our recognition of what changes when we change our world or something about ourselves. It does so, because even our own perspective is included in the representation. It can even reveal to us when elements are missing or hidden from our view!

What Knowledge is not!
Knowledge is not very well understood so I’ll briefly point out some of the reasons why we’ve been unable to precisely define what knowledge is thus far. Humanity has made numerous attempts at defining knowledge. Plato taught that justified truth and belief are required for something to be considered knowledge. Throughout the history of the theory of knowledge (epistemology), others have done their best to add to Plato’s work or create new or more comprehensive definitions in their attempts to ‘contain’ the meaning of meaning (knowledge). All of these efforts have failed for one reason or another. Using truth value and justification as a basis for knowledge or introducing broader definitions or finer classifications can only fail. I will now provide a small set of examples of why this is so.

Truth value is only a value that knowledge may attend. Knowledge can be true or false, justified or unjustified, because knowledge is the meaning of meaning. What about false or fictitious knowledge? Their perfectly valid structure and dynamics are ignored by classifying them as something else than what they are. Differences in culture or language make even make no difference, because the objects being referred to have meaning that transcends language barriers.

Another problem is that knowledge is often thought to be primarily semantics or even ontology based! Both of these cannot be true for many reasons. In the first case (semantics): There already exists knowledge structure and dynamics for objects we cannot or will not yet know. The same is true for objects to which meaning has not yet been assigned,such as ideas, connections and perspectives that we’re not yet aware of or have forgotten. Their meaning is never clear until we’ve become aware of or remember them.

In the second case (ontology): collations that are fed ontological framing are necessarily bound to memory, initial conditions of some kind and/or association in terms of space, time, order, context, relation,… We build whole catalogs, dictionaries and theories about them! Triads, diads, quints, ontology charts, neural networks, semiotics and even the current research in linguistics are examples. Even if an ontology or set of them attempts to represent intrinsic meaning, it can only do so in a descriptive (extrinsic) way.

Therefore ontology-based semantic analysis can only produce the artifacts of knowledge, such as search results, association to other objects, ‘knowledge graphs’ like Cayley,.. Real knowledge precedes, transcends and includes our conceptions, cognitive processes, perception, communication, reasoning and is more than simply related to our capacity of acknowledgment. In fact knowledge cannot even be completely systematized, it can only be interacted with using ever increasing precision!

More information about the objects seen:
The objects on the surface of the pyramid correspond to basic structures denoting some of the basic paradigms that are being used to mine data into information and then collate that information into knowledge. You may notice that their basic structures do not change, only their content does. These paradigms are comprised of contra-positional fields that harmonize with each other so closely that they build complete harmonic structures. Their function is similar to what proteins and enzymes do in our cells.